Hudson Taylor on Asking for Donations 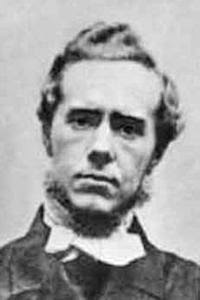 My pastor recently used 19th century British missionary to China Hudson Taylor as the subject for a sermon.

Hudson Taylor is one of my heroes, and I like the two volume biography by Dr. and Mrs. Howard Taylor the best.

Here is one of my favorite Taylor stories.  May the Lord raise up more men with his attitude toward money!


Just then, on the 2nd of May, he was due in Hertfordshire for an important meeting. Colonel Puget, brother of the Dowager Lady Radstock, being his host and Chairman. To this new friend it seemed a peculiar arrangement to have a missionary meeting without a collection, but understanding it to be Mr. Taylor's wish the announcement had been made accordingly. When the time came, however, and the speaker proved unusually interesting. Colonel Puget realised that people would give generously if only they had the opportunity. Rising therefore at the close of the address, he said that interpreting the feelings of the audience by his own, he took it upon himself to alter the decision about the collection. Many present were moved by the condition of things Mr. Taylor had represented, and would go away burdened unless they could express practical sympathy. Contrary therefore to previous announcements, an opportunity would now be given.

But at that point Mr. Taylor interposed, asking to be allowed to add a few words. It was his earnest desire, he said, that his hearers should go away burdened. Money was not the chief thing in the Lord's work, especially money easily given, under the influence of emotion. Much as he appreciated their kind intention, he would far rather have each one go home to ask the Lord very definitely what He would have them do. If it were to give of their substance, they could send a contribution to their own or any other society. But in view of the appalling facts of heathenism, it might be much more costly gifts the Lord was seeking; perhaps a son or daughter or one's own life-service. No amount of money could save a single soul. What was wanted was that men and women filled with the Holy Spirit should give themselves to the work in China and to the work of prayer at home. For the support of God-sent missionaries funds would never be lacking.

"You made a great mistake, if I may say so," remarked his host at supper. " The people were really interested. We might have had a good collection."

In vain Mr. Taylor explained the financial basis of the Mission and his desire to avoid even the appearance of conflicting with other societies. Colonel Puget, though sympathetic, was unconvinced.

Next morning, however, he appeared somewhat late at breakfast, explaining that he had not had a good night. In the study, after handing Mr. Taylor several contributions given for the Mission, he went on to say

"I felt last evening that you were wrong about the collection, but now I see things differently. Lying awake in the night, as I thought of that stream of souls in China, a thousand every hour going out into the dark, I could only cry, `LORD, what wilt Thou have me to do ?' I think I have His answer."

And he handed Mr. Taylor a cheque for five hundred pounds.

"If there had been a collection I should have given a five-pound note," he added. "This cheque is the result of no small part of the night spent in prayer."