I support increased immigration to the United States.  In general, people produce more than they consume, otherwise humans would have gone extinct a long time ago :).  Thus, in general, the more people we have in our nation, the better off we will be.  We have relatively low population density and a lot of land, so we could fit more people in easily enough.  The idea that immigration is bad because it takes jobs from Americans is fallacious.

The difficulty is, how do we let in the "good" people (law-abiding productive people) without also letting in the "bad" people (terrorists, drug runners, criminals, gangs, etc)?

I came up with several recommendations, and I'm guessing many of you have some even better ones.  Some of these overlap and even contradict.  But applying any of these would improve our immigration policies.


The great commission was not “go help immigrants get transportation, lodging, education and employment” but “go make disciples, teach them to obey everything I’ve commanded you”.  Evangelism and discipleship is the ultimate way of teaching a person to fish.
Posted by Daniel at 9:01 PM No comments: Links to this post

Email ThisBlogThis!Share to TwitterShare to FacebookShare to Pinterest
Labels: immigration

I considered myself well educated about other countries and cultures. 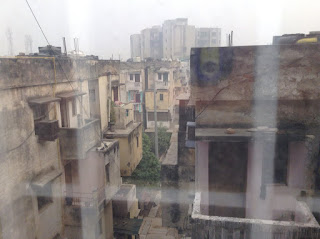 But last month I got to take my first trip overseas.  And last month I discovered that no amount of books or photographs or videos can convey what it is really like to be in a third world country.  The masses of people.  The pollution.  The poverty.  The spiritual lostness.  If a picture is worth a thousand words, being there in person is worth ten billion words.

I'm writing especially to those of you who, like me, have never been overseas before.  If you're an average person in a developed country, you will get about 4000 weeks of life on earth.  I'm just asking you to take two of these weeks to experience for yourself how the rest of the world lives.

You will come back with a greater relationship with Jesus, and a greater clarity on how the rest of your life should be spent.

And if you're one of the very small percent of people who really can't go, then consider paying for a young person to go.

Please!
Posted by Daniel at 8:31 PM No comments: Links to this post